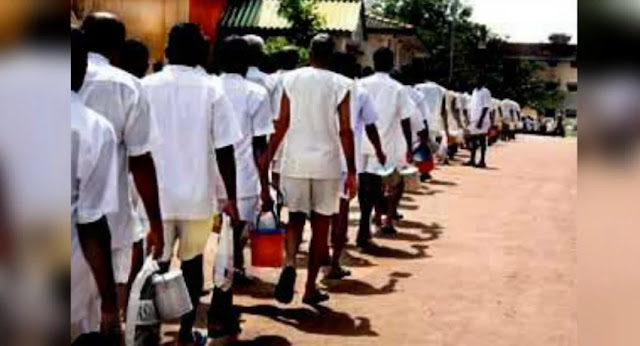 Does anyone remember Maithripala Sirisena? I am sure some people do, perhaps fondly or in mild to intense joy that he’s no longer the President of the country. He was that kind of president. Lucky to be at the right place at the right moment but unhappily forced to endure a by and large solitary presidential term, harangued on the one hand by a political party he had contested against for decades and also forced to be wary of a party whose leadership mantle had been grudgingly conceded to him.
What did he do and where did he fail? The answer to the first part, in brief, would be ‘little’. The second part of the question could produce a long list even though he has the escape clauses obtained from the context briefly described above.
He might well be remembered most for one of his last acts as president, namely the granting of a presidential pardon to Shramantha Jayamaha. There were many comments condemning this act. The family of the victim was upset. The legal community was upset. Those who are for capital punishment were upset and among them, we should not forget, are quite a number who know little of the law and even less about morality.
I believe that to the extent that there are provisions in the constitution for presidential pardons, what is most relevant is procedure. Procedures, established and regularly affirm, almost always trump whim-and-fancy. This is a good thing. Sri Lankan law and statutes relevant to the Prisons Department are not devoid of such things. When it comes to commuting death penalty to life imprisonment or life imprisonment to a lesser prison term or to release altogether, there is a review system in place.
There is a review process. Retired judges, the police, the Prisons Commissioner, psychologists, criminologists, officials of the Attorney General’s Department and the Justice Ministry are part of this.
Ideally it is a fool-proof system where all relevant factors are taken into account and are closely scrutinized before recommendations for commuting sentences and release are made. We don’t live in an ideal society, though. All the more reason for the general public to be alert and demand diligence and integrity from all relevant authorities. Public perception can at times come into play, but in general the basic rule of thumb in such matters — privileging reason over emotion — should prevail. This holds for both possible commutation and/or release and refusal of the same.
The problem with pardons that are more whim-and-fancy as opposed to acting upon recommendations consequent to a robust review process is that it creates a bad precedent. Moreover, it subverts basic principles of justice and thereby calls to question the entire judicial system. This is why it is important that presidents endowed with the power to pardon routinely disregard petitions and protests, opting instead to shelve pardons until a complete review has taken place and recommendations made. Obviously, if it is the latte course of action that a President chooses it is also incumbent on the President to ensure absolute independence of the reviewers. At no time should pressure be brought upon any individual involved in this process. Both pressurizer and pressured to the point of subverting integrity of process should be duly censured. In the event such transgression takes place, the President could by the example of censure protect the integrity of the system and strengthen it.
To date, there’s only scanty data on Sirisena’s pardons. We don’t know how many cases were reviewed, how many condemned to Death Row had their sentences commuted to life imprisonment and of those cases of commutation the release of how many were recommended and how many in fact were released by Sirisena. That of course is a communications issue and all relevant authorities have the discretion to disclose or keep under wraps the relevant information. We cannot presume that it was, as alleged, whim-and-fancy that worked in Jayamaha’s case.
It is theoretically possible that Jayamaha had indeed satisfied all reviewing authorities that he deserved his sentence to be commuted to life imprisonment and subsequent to be released. One could get emotional about all this, but sentiments as opposed to reason and logic is a poor relation when it comes to systems, especially those related to justice.
Among the most important things in presidential pardons, quite apart from all this, is the play of the political. If we are to move to a country called ‘Rule of Law Prevails’ then systems should always overrule emotion and loyalty. Bend the rule for friend and we can only obtain a structure that is skewed. Rule-bending or privileging loyalty (in ‘political’ cases) sets or rather reinforces a bad precedent. Systems get compromised at each bending and we are left with a crippled edifice.
What needs to be understood and indeed what should frame a new political culture is that loyalty is a non-factor (or should be) in procedural matters, especially but not limited to the judicial system. The past can be glorious, but glory cannot overrule the law. If a saintly individual is found to be guilty of murder then he or she is named murderer and not saint.
At every turn, even as flaws in the judicial system are diligently looked for and corrected, rules should be affirmed and not circumvented. There are many ways in which the political encroaches upon such spaces, presidential pardons are but one set of such elements, obviously. However, given the stature of the office, a presidential pardon is immediately visible. If process is less visible, then the pardon will appear to be suspicious, especially in the case of individuals who are politically colored.
A presidential pardon, therefore and especially at the start of a term of office, is a hot political potato. It is not that such situations are imminent of course, but ‘fair warning’ cannot be useless at this point.
This article was first published in the SUNDAY MORNING [January 5, 2020]
malindasenevi@gmail.com

Add Badge to your site

To join just send a mail to stechbuzz@gmail.com with below details