As of now , it is one of the most curious questions on the minds of Sri Lankans as to who will be the president of the Sri Lanka in 2020 .
Given the unpredictable context of Sri Lankan politics it is impossible make an exact prediction at least of who will contest the upcoming presidential election let alone who will win .
Nevertheless there are several possible names heard around the arena . Of them , the names of the former Defense Secretary Gotabhaya Rajapakshe (newly formed Podujana Peramuna ) , the UNP front liner Sajith Premadasa are suggested along with the names of current President Maithreepala Sirisena (SLFP ) and the Prime Minister Ranil Wickramasinghe (also UNP ) .
The present government of Sri Lanka has failed to meet the expectations of its citizens . Therefore the people are on the look out for someone fresh to deliver the promises U.N.P. and its alliance made back in 2015 ( of eliminating corruption , providing employment ,continuing economic growth , etc) or at least someone to continue accelerated development that was once there during Mahinda Rajapakshe period .
Given the progress of the present government and the results of the recently held local government elections , it is of the majority belief that neither Maithreepala Sirisena (SLFP ) nor Ranil Wickramasinghe (UNP) stands a chance to be the president in 2020 .
While the name of Gotabhaya Rajapakshe is strongly suggested from the Podujana Peramuna , the choice of the candidate from U.N.P. is very much unclear . Given that U.N.P nominates the popular Sajith Premadasa , it is safe to expect a close battle between these two fresh faces of Mr. Rajapakshe and Mr. Premadasa .
Both Gotabhaya Rajapakshe ( brother of former president Mahinda Rajapakshe ) and Sajith Premadasa( son of former president Ranasinghe Premadasa ) hail from well established political backgrounds.
Even though Gotabhaya Rajapkshe has never been a “Politician” in the strict sense , it is known that he was a key player behind the scenes in Mahinda Rajapakshe’s government . Furthermore , as the Defense Secretary he was side by side with his brother ( then president ) ending the 30 year long civil war . Moreover he is known to play a major role in successfully re constructing the urban areas of Colombo into a spectacular and a planned city as the Defense Ministry was combined with the Urban Development Ministry after the war . Gotabhaya is also a retired Lieutenant Colonel of the Sri Lankan Army . 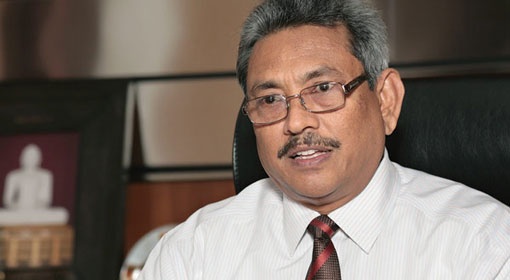 Sajith Premadasa is of course an experienced politician being a member of the parliament since 2000 having held many senior positions within the United National Party ( U.N.P ). He is well popular among the supporters of his party and is often suggested to replace Ranil Wickramasinghe as the party leader . Self-launched welfare programmes targeting the rural public has won him a strong support base among the rural citizens . While the conduct of the present government of Ranil Wickramasinghe has made the supporters to grow distant from the party , it is expected that a leadership under Sajith Premadasa could unite and bring members of the party together . 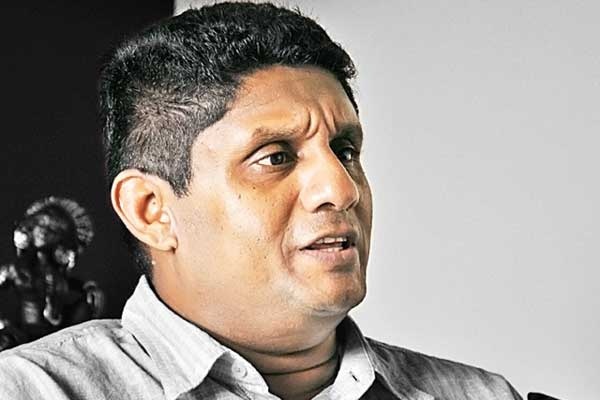 However the exact vision or policies of either one is unclear . If elected president , one can expect both of them to follow the footprints of the two former presidents they share the kinship with . Gotabhaya Rajapakshe is most likely follow a ruling with slight autocracy high lightened while Sajith Premadasa would have a government high lightened with welfare programmes .
But Sri Lankan Politics is very unpredictable.
-Atty-
Image source “google”

Add Badge to your site

To join just send a mail to stechbuzz@gmail.com with below details

We use cookies on our website to give you the most relevant experience by remembering your preferences and repeat visits. By clicking “Accept”, you consent to the use of ALL the cookies.
Cookie settingsACCEPT
Manage consent

This website uses cookies to improve your experience while you navigate through the website. Out of these, the cookies that are categorized as necessary are stored on your browser as they are essential for the working of basic functionalities of the website. We also use third-party cookies that help us analyze and understand how you use this website. These cookies will be stored in your browser only with your consent. You also have the option to opt-out of these cookies. But opting out of some of these cookies may affect your browsing experience.
Necessary Always Enabled

Performance cookies are used to understand and analyze the key performance indexes of the website which helps in delivering a better user experience for the visitors.

Analytical cookies are used to understand how visitors interact with the website. These cookies help provide information on metrics the number of visitors, bounce rate, traffic source, etc.

Advertisement cookies are used to provide visitors with relevant ads and marketing campaigns. These cookies track visitors across websites and collect information to provide customized ads.

Other uncategorized cookies are those that are being analyzed and have not been classified into a category as yet.